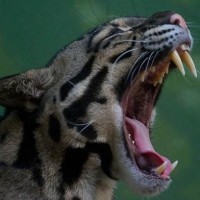 Now that I have lazily or fearfully put off writing this post of what I overcame. My memories of the holiday as they always do are slipping fast to only a few pictures and key moments in my now whizzing mind. Normally this is the time where all the negative stuff almost reclaim their throne. Yes, I will admit that I have emotional break-downy things to overcome and overcome some more. But it’s time to make myself see the things I did.

The first thing I realised when I came home. Where everything physically felt shrunk and day-back from holiday weird. I realised that when I was there the feeling of depression hadn’t been. Yes I hadn’t been perfect, but I didn’t have this pressure in my head. The cloud which had no wind to blow it away. Momentarily dissipated. It was a revelation. If anything it was hope. Depression had lied to me. It told me that there was no way I could shake it off and although on the days after it was darkness gripping me. I knew maybe not now or tomorrow or days away that there was hope.

To make it easier here is a list of some of the things I challenged myself to do and somewhat overcame. For those who need it most the deepest fears I had that didn’t come true.

Of course there were other bitty overcomings. But I don’t want to throw too much at you. If you liked it please remember to give it a thumbs up. Do tell me the things that you overcome on holiday or want to. Loves and hugs 🙂

Mental-health based blog, peppered with art, terrible Swedish music videos, observations on The Absurd & I hope just the right blend of silliness.

A place for progressive, forward thinking, personal rants and raves, and other writings with a more philosophical bent.